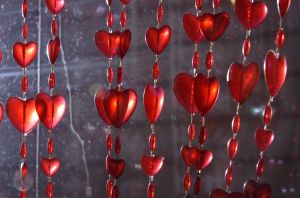 I first set eyes on Portland on Valentine’s Day of 1998. I was 23. A friend and I were road tripping across America, and I wanted to see the city I’d read about in Stephen King novels.
We arrived in the evening, taking Congress Street to the east end and then looping back into downtown. The sidewalks were piled with snow, and the lights of restaurants and shops along the street glowed. Just a month earlier had been the famous ice storm, leaving power lines and branches laden with glistening ice. I don’t remember noticing the paper hearts that peppered the city, the work of the famous Valentine’s Day bandit. But as we walked the city that night, passing I felt like some warm, braided force was tugging at my feet through the packed snow, through the brick and cobblestone sidewalks and the earth buried below. I had left Alaska with a broken heart, and there was something about Portland that seeped into that empty part of me.
I met John when we parked my car in the lot he attended. He was warm and friendly, and he waved each time we retrieved my little red Subaru. When I told him the next day that Portland felt right to me and I might come back, he grinned.
**
My friend and I drove down to Florida, then to Mardi Gras, and then to Memphis, where we had tickets for a G Love concert. Lovesick, I thought of Portland the whole way. My friend caught an airplane back to Alaska. I headed north, then east.
**
John’s faced curved into a big smile when he saw me return to his parking lot. Over the weeks and months to come, he was a grounding force. I was 4000 miles away from Alaska and everyone I had ever loved.
John took me out to watch bluegrass at a pub between his parking lot and the Everett Hotel, where I was staying. Over cigarettes and drinks, we talked about his love of music and how I wanted to be a writer. The warm twang of the banjos and fiddles swirled around us.

Another time at another bar, I watched him play. His stage name was the Hollerin’ Man, and I enjoyed his wholehearted bellow as he strummed his guitar. He played North to Alaska, dedicating it to me.

I sensed that John had a little crush on me, but he was twice my age and he never tried to cross the line of our friendship. He was kind and affable, but there was a sadness to him, too. A loneliness that didn’t seem to bother trying to hide. It spilled out into his voice when he sang. It scared me a little, because I recognized it as something I felt all too often. Something I see in so many creative, sensitive people, who often turn to addictions to try and dull that ache, that seeking. I could tell that John drank too much. He had a son who I don’t think he saw often, but when he talked about him, I could see the pride rise off of him like steam.
John helped me find a small apartment just steps away from my new job at Coffee By Design. The apartment was tiny, and I would crouch in the bath after work to scrub the coffee smell off of my skin. At night, through the wall by my bed, I often heard my neighbor having sex. Somehow that sound of connection through the paper-thin walls made me feel lonelier than ever. But I had a place to stay, and I was grateful to John for helping me.
As time passed, I made friends with co-workers who were closer to me in age, and I saw John less. When we did run into each other, he always had that big smile, and that sadness pooling just beneath. 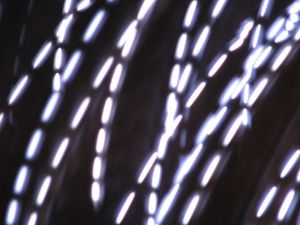 I had been living in Portland for just under a year when my brother died. I went home to Alaska. I had a return airplane ticket, but I kept pushing the date further and further back.
For the next year, I lived with my parents again. I went to grief groups and wrote letters to my dead brother. I sat on the porch behind my brother’s rusting basketball hoop and smoked. I stared into the sky, looking for signs that he was still out there somewhere.
Sometimes I wondered about the life I’d left in Maine, and whether I’d find the strength to leave my parents again and return to what I’d started to build there.
**
In 2002, I returned to Portland.
Within the first weeks of being back, I was introduced to Scott. I got a job. I started recovery for my food issues. I bought a house. With surprisingly little effort, my life was being woven.
A few years later, I saw John. I had heard that he’d stopped drinking. We smiled at each other and he waved. He looked thin. I ducked away before we could catch up with each other. Maybe I was afraid of that sadness in him, and that it might still be lurking in me, too. Maybe I was tired or hungry. I regret that I didn’t go up to him and thank him. For his kindness, for helping me grow roots in Portland.
**
Recently, I found John occupying my thoughts. I hadn’t seen him in years, so I searched the internet to see if he was still local.

I found out John had died a few weeks before my son was born. While I was waiting, belly bursting, he was dying of liver disease. My son was born eleven years and one day after I’d met John.

I read about John’s life. I learned that after being diagnosed with liver disease, he’d received a transplant. The experience bled into his music. He’d gotten sober, written and sang about his second chance. Then his illness worsened.
I thought about how thin and tenuous the strands of our lives can feel, the way one person can appear and our entire course changes. I don’t know if I would’ve stayed in Portland without John’s friendliness and help. If I hadn’t stayed in Portland, my whole life would be different. My children, if I had them, would have different faces. Maybe I would be in Seattle or Alaska or Spain. Sometimes it feels like our lives are like bumper cars, colliding and shifting course, a fragile fate.
I wish I could sit with John over a warm cup of coffee. We would catch up and talk about music and writing. We would talk about our sons. I would say: Thank you for your kindness. For your smile. You changed my life. My good, good life. Thank you.
**
“I’m taller than J.D., right Mom?” Max asked me this morning. Everything for him is a competition right now. I find it unnerving.
“Yes, you are. Some people are taller than others, some are smaller. People come in all different sizes and shapes,” I told him.
“But not shapes, Mom!” I paused and tried to squint through his four-year-old perspective. ‘Shapes’ to him means triangles and hexagons, not pear-shaped or muscular, top heavy or petite.
“Okay. But people are all different. But we’re also the same.” He looked at me. “I’m going to go play some music now.”
I said, “Okay.”
I want to tell him that we, like most everything, are made of the ancient dust of exploded stars. That our DNA is 99.9% the same. That the electric energy of the human heart extends several feet past where our skin stops. That we are all born lonely, and too many of us do crazy things to try and fight it. That the people running our country and the person in the little yellow car who just cut me off are different but the same. That the music he just ran off to play might be inherited from his uncle or his grandfather, who both died years before Max was born. That I had a friend named John who loved music, too. That our connections are like spider webs, sometimes invisible, sometimes glimmering. That sometimes we meet people who pivot us in different directions, for better or for worse, and we are forever changed.

Is there someone who appeared like an angel at a turning point in your life?