A Guest Post by Caryn Mirriam-Goldberg, Poet Laureate of Kansas

When my kids were young, I wrote an unpublished essay about how other parents seemed to be SHUPs (super-hippie unorganized parents) or SARPs (super anal-retentive parents), wondering where I fit in as someone who didn’t clean her house or car but had gotten her kids vaccinated and fed my kids pop-and-fresh cinnamon rolls on occasion. At that time in my life, with three kids three years apart, one of whom was diagnosed with an autistic spectrum disorder, my husband and I were often exhausted by trying and failing to keep up with toddlers and infants, laundry and dishes, jobs and school, and especially the push-us-over-the-edge stuff that always happened at the worst possible time (car repairs, unexpected bills, and stomach viruses).

I would say flash forward 15 years to the present, but to be honest, it was never an instantaneous flash, and that’s just one of the many things I would say to my younger-mother-self: please ignore all people who tell you to savor these days because they’re over so quick. When you’re holding the back of your daughter’s head while she throws up at 3 a.m., nothing is moving fast, let alone moving at all.

Here’s more of what I would tell my younger-mother self, especially given how much she worried about her kids and her own propensity toward mothering:

It was always and is still always about true love, the kind that busts open your heart and grows your soul.

The kids are alright. 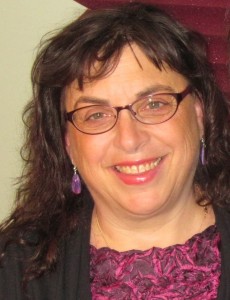 Caryn Mirriam-Goldberg is the 2009-2013 Poet Larueate of Kansas and author of 16 books. Founder of Transformative Language Arts at Goddard College, where she teaches, she blogs at http://carynmirriamgoldberg.com/

Tweet
Pin1
Share61
62 Shares
« New Story at the elephant journal
This is Me: Surviving the Effing Fours »