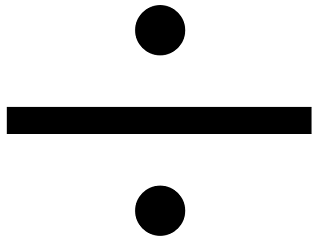 “They each come with their own sack of love,” my mom always said. “Having Violet won’t take away love from Max or Scott,” she promised, knowing I was nervous about the transition of becoming a mother of two.
Loving another child was one of the few things I wasn’t terribly worried about. I knew that love multiplies, that it is infinite and abundant. I knew my love for my new daughter would grow at a pace similar to her physical growth—quickly at first, like how a newborn doubles in weight within months, then pooling and deepening with time.
Unfortunately, attention is not so expansive.
One of the hardest parts of going from being a mother of one to a mother of two has been having my attention constantly divided. Sometimes I get halfway through the day and realize I haven’t stopped and really seen my children as individuals. Instead, they morph into a two-headed creature that shouts demands and fights and poops and whose driving motive is to keep me from being able to finish reading a two paragraph email.
Once, not long after Violet was born, I was at a play area with both kids. My brain was trying so hard to adjust to suddenly having two small people to guard. I looked around, spotted Max playing nearby, and then thought frantically, Where is the other one? The “other one” was sleeping in my arms.
For almost three years, it was just my son and I. He got the best and worst of me, but he got all of me. I remember lying next to him one morning when I was swollen with my daughter. Tears slid down my cheeks as I thought about how different Max’s life was about to become. Would becoming a big brother break our sensitive, strong-willed boy? At the time, Max had a habit of rubbing my forehead with his thumb when he was nervous or tired. It was sweet, (and also slightly painful since we failed to clip his nails on a regular basis), and as I felt the pad of his thumb pressing between my eyebrows, I looked at him and tried to imagine how he had travelled from the shriveled infant he once was to this toddler-boy.
Fast forward 18 months. This week, Max’s preschool was closed for two days, while Violet’s daycare was open. For the last few weeks, four-year-old Max asked repeatedly, “Is it Mommy and Max day yet?” “Soon, sweetie,” I promised. In the scramble of caring for the children, making sure my husband and I each get a sliver of time for ourselves individually and time as a couple, we rarely remember to take one-on-one time with the kids.

As it turns out, we got an extra Mommy and Max day this week. On Wednesday, Max came home sick from school in the late morning. He laid on the couch, feverish and vacant-eyed. I laid next to him reading while Thomas and His Friends streamed on the computer. He woke up every so often to vomit hot fruit chunks all over the couch. It was a long, quiet, stinky day.
The next morning, on our first official Mommy and Max day, he hurled a little bit of fluid into the bathtub and then asked for toast and milk, which I reluctantly gave him. As he pranced around the living room, it become clear that he was better, and I was not. Blurry headed and nauseous, I somehow managed to drive him to the BounceZone, where he played for five minutes and then announced, “I don’t like this.” Fortunately, I was able to drop him off with my parents for the afternoon so I could get a little sleep.
“That was only partof a Mommy and Max day,” he told me later that night. He said it straight-faced, and intense guilt hurtled at my foggy head.
By Friday, though I still wasn’t feeling like myself, I rallied. We went to an indoor play place. We came home and had some friends over for a play date. We went bowling. As I watched Max hurl the small ball down the wood lanes, my heart felt heavy and sentimental. I felt like I was just seeing my boy for the first time in 18 months, since my daughter was born. He was inches taller, his once round face thinned out. He could talk and climb and bowl. How is my baby old enough to bowl? 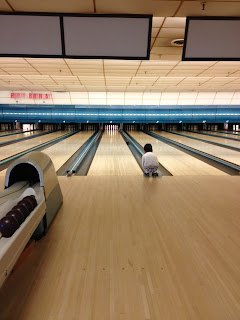 It would be a big, fat lie to say that parenting has come easily to me. I need a lot of time to myself, and I get short-tempered and impatient and cray cray when I don’t get it. I have been through post-partum depression twice. I frequently find myself bored and agitated. When I hear those older ladies, the ones who are always in the grocery store, telling me, “Enjoy it! It goes by so fast,” I tense up. Are you freaking kidding me? I think. This day has already been three years long. I know rationally that the older women are right. I also know they suffer mild amnesia about the reality of raising small children. Just like the terrible clench of labor contractions, the memory of the raging tantrums and constant demands of these years with young children will soften in my mind. They will sweeten.

Yesterday, I didn’t just know this, I felt it. All day long, I watched my boy’s sweet, thinned out face. I hugged him until he pushed me away like an embarrassed teenager. I rubbed his forehead with my thumb. At bedtime, when he asked me to snuggle with him, even though I was exhausted and a little bit sick and we’d spent the entire day together with no nap, I gladly crawled into bed with him, inhaling the dry bark smell of his hair. We pressed our faces so close together that we blurred.
After the kids were finally both asleep, I looked at pictures of Max. I went from new pictures to the oldest ones, a reverse time lapse. There he was last week, going down the slide with his sister on his lap. Last fall, at the Cumberland Fair on his first ride, holding on tight and grinning. Last summer, about to demolish a plate of mango at his cousin’s house, the roundness of babyhood still clinging to his arms and face. In his old car seat, pudgy-cheeked with long bangs. In his high chair with clots of sweet potatoes smeared across his face. In the Ergo. In his lamb swing. In a swaddle. In my arms at the hospital, swollen-faced and impossibly small.
It took slowing down and some extra attention for me to really absorb the velocity of time. I know that tomorrow I will be impatient again. I will hear myself sigh and mutter curse words under my breath in the kitchen. But I will also try and remember how quickly it all goes, the hard times and the sweet ones. I will try and pay more attention.
If you have more than one child, how do you give attention to each?
Tweet
Pin
Share
0 Shares
« Fear of Success
Circles: What I want my son to know about death »