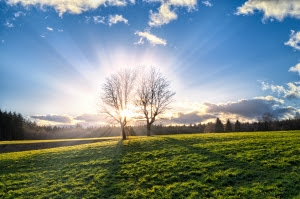 I have always known that success freaked me out a little bit. Fear of failure is pretty clear cut—no one wants to fail. But fear of success is murkier.
The last blog post I wrote got 1500 page views. Compared to some very successful blogs, that is a drop in the bucket. For me, only a month into this incarnation of my blog, it was amazing. I have had a few pieces of writing published before, but I’m pretty sure none of those pieces ever got 1500 sets of eyes on them.

I posted the piece on Monday morning. I plugged it on Facebook and thus began the compulsive checking of my stats. Each time I put Thomas and his Friends on for the kids, which is more times than I would like to admit, I checked. When I got up and when I went to bed and a bunch of times in between, I checked. I had liked the piece while I was writing it, and I had that feeling I sometimes get while writing like it wasn’t actually me writing it, like I’m just making space in the universe for something that already existed. I revised it and tweaked it and asked my husband if it was okay that I publicly suggested he was glued to his chair in his man cave for the first months of our son’s life. And then I sent it out into the world. Or at least Facebook.

All week, I’ve been not writing.

For the past few months, I’ve been enjoying the most creative era I’ve ever had. Stories have been shooting into my mind like stars, glittering and plentiful. Until this week, when instead of writing, I was checking.
It hit me. I am afraid of success because then I will have to keep doing it. Keep being successful. Keep writing stuff that will make people want to hit the “share” button on Facebook.  I will have to not disappoint and because I’m an anxious, neurotic overthinker, I will be constantly stressed out and striving, a one hit wonder.
So I’m letting myself off the hook. I want to write because when I do, my whole body lights up and it feels like magic, like alchemy. Because it helps me makes something else out of the fact that the people we love die and that yesterday I was up to my elbows in my son’s hot watermelon vomit. It helps me slow down all those moments I might otherwise lose, and sculpt them into something a little more permanent than the constellation of brain cells where they would otherwise reside and morph and fade.
Have you ever felt afraid of success?
“Our deepest fear is not that we are inadequate. Our deepest fear is that we are powerful beyond measure. It is our light, not our darkness that most frightens us. We ask ourselves, Who am I to be brilliant, gorgeous, talented, fabulous? Actually, who are you notto be? You are a child of God. Your playing small does not serve the world. There is nothing enlightened about shrinking so that other people won’t feel insecure around you. We are all meant to shine, as children do. We were born to make manifest the glory of God that is within us. It’s not just in some of us; it’s in everyone. And as we let our own light shine, we unconsciously give other people permission to do the same. As we are liberated from our own fear, our presence automatically liberates others.”—Marianne Williamson

Tweet
Pin1
Share
1 Shares
« To my Postpartum Self: What I Wish I had Known
Best of Attentions »